Air Liquide is preparing Benoît Potier’s succession within the Executive Management as of June 1, 2022, in conjunction with the implementation of a new governance structure Air Liquide’s Board of Directors, chaired by Benoît Potier, met on November 30, 2021. Following the recommendations of the Appointments and Governance Committee, the Board reviewed the Group’s leadership succession plan and unanimously approved the principle of a new form of governance. In this context, when the Board meets at the close of the 2022 Shareholders General Meeting, it will be asked to renew Benoît Potier’s term of office as Chairman of the Board of Directors and to appoint François Jackow to succeed him as Chief Executive Officer with effect from June 1, 2022.

On the recommendation of the Appointments and Governance Committee chaired by Jean-Paul Agon, the Lead Director, the Board of Directors announced its intention to appoint François Jackow as Chief Executive Officer, taking over from Benoît Potier whose term of office as Board Director will be submitted for renewal at the General Meeting of shareholders to be held in May 2022. The General Meeting will also be asked to appoint François Jackow as Board Director.

Jean-Paul Agon, Chairman of the Appointments and Governance Committee, stated:

“Our committee has been working on Benoît Potier’s succession plan and the future governance of Air Liquide for over two years. Several high quality candidates were considered. François Jackow’s level of experience, skills and personal qualities were assessed by the Board as being particularly in line with the Group’s performance and development strategy. His appointment was recommended to the Board of Directors with Benoît Potier’s full agreement”.

François Jackow joined Air Liquide in 1993. After a wide-ranging, international career, François Jackow has the benefit of his extensive experience of the Group, combining strategic vision and knowledge of its business lines. A member of the Executive Committee as Executive Vice President, François Jackow notably in charge of Europe Industries, Healthcare in Europe and Africa Middle East & India. The Global Healthcare activity, the Innovation, Technologies, Digital and IT functions are also under his supervision as well as Customer orientation strategy.

The Board of Directors also expressed its conviction that a new form of governance is appropriate, within the framework of this succession, separating the offices of Chairman and Chief Executive Officer. It welcomed the fact that the Group will retain the benefit of Benoît Potier’s successful experience in the two roles and of his commitment to the values of the Air Liquide Group which he has managed for 20 years and chaired for 15 years.

The Board of Directors would like to take this opportunity to express its warmest thanks to Benoît Potier for the fundamental transformation of the Group which has more than doubled in size, under his leadership, whilst its capitalization has increased fivefold. In addition to Air Liquide’s international expansion, the Board wishes to highlight its position at the forefront of the markets of the future – healthcare, digital and, more recently, energy transition, with hydrogen in particular – placing the company in a very favorable position to face the challenges of the coming decades.

“I am delighted by the future appointment of François Jackow as Chief Executive Officer. The selection process has been exemplary. François Jackow is someone I know very well. His professional and human qualities are appreciated by all. His experience in the field, his strategic vision and leadership are paired with a firm commitment to the Group’s values. We have a long history of working well together. He has my full trust, as well as that of the Board. With this change of governance, which combines continuity and renewal, the Group is starting a new chapter in its history which coincides with the launch of our new strategic plan to be presented in March 2022. For my part, I am looking forward to continuing to fully contribute to the success of the Air Liquide group, as Chairman.”

François Jackow joined the Air Liquide group in 1993. After a very international career started in the United States and in the Netherlands which led him to successively hold responsibilities in sales, marketing, and engineering & construction, François Jackow worked for 2 years alongside Benoît Potier, Chief Executive of the Group at that time. In 2002, he was appointed Vice President of Innovation, supervising Research & Development activities as well as Advanced Technologies for the Group. Starting 2007, he undertakes the responsibility of Chief Executive Officer for Air Liquide Japan, based in Tokyo, before being appointed Group Vice President of the Large Industries Business Line in 2011.

In 2014, François Jackow joined the Executive Committee and was designated as the Group’s Strategy Vice President. In this role, he oversees the development of the NEOS strategic plan and contributes to the Airgas acquisition in 2016.

A member of the Executive Committee, François Jackow is currently Executive Vice President supervising notably Europe Industries, Europe Healthcare as well as Africa / Middle-East / India Hubs. He is also in charge of the Healthcare World Business Line, and as such, is particularly involved in the strong mobilisation of the Group in the context of Covid since the beginning of the pandemic. The Innovation, Technologies, Digital and IT functions also report to him, as well as the Customer Division, which he created in 2014.

François Jackow is 52 years old, and a french citizen with a dual scientific and managerial education acquired in France and in the United States. Graduated from the Ecole normale supérieure of Paris, he also holds a Masters degree in Chemistry from Harvard University in the United States and an MBA from the Collège des ingénieurs. 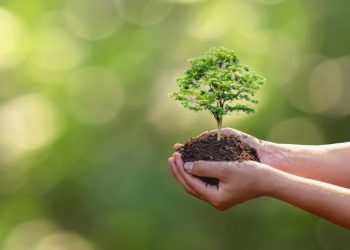