PPG marks 300 years of paint, coatings innovation in the Netherlands PPG (NYSE: PPG) today announced that it will mark 300 years of operations in the Netherlands and the anniversary of the SIGMA COATINGS™ brand by PPG, one of the leading architectural coatings brands in Europe. The anniversary celebrations begin today, which is Dutch National Painters’ Day, with PPG staff visiting thousands of painters across the country to personally thank them for their work.

“We are pleased to celebrate such a proud history of paints and coatings innovation in the Netherlands,” said Justus Tichelman, PPG general manager, Benelux Trade, Architectural Coatings. “What started with grinding pigments in a windmill is now a core part of PPG and a key contributor to our purpose of protecting and beautifying the world.”

In 1722, Jan Pieterszoon Schoen set up a windmill in Westzaan, the Netherlands, to grind pigments for local painters. The company he founded, Pieter Schoen & Sons, later moved into paint manufacturing. It was one of three companies that merged in 1972 to form Sigma Coatings, marking the start of the Sigma Coatings brand. The company further expanded to become SigmaKalon, which PPG acquired in 2008.

“Schoen laid the foundation for a company that has truly stood the test of time,” said Tichelman. “His company was one of the first to offer pigments and dyes commercially for paint makers and evolved to become one of the first international paint companies. It thrived with a focus on continuously responding to customers’ needs and changing market conditions – something that remains a core value for PPG.”

PPG has had a longstanding commitment to support communities in the Netherlands, particularly in education. The company has been a partner of the NEMO Science Museum in Amsterdam since 2014 and supports projects with NEMO to make science and technology accessible to children in an easy and stimulating way. PPG recently announced a two-year partnership with Dutch education nonprofit Centrum JongerenCommunicatie Chemie (C3), which introduces children and young people to chemistry and life sciences. 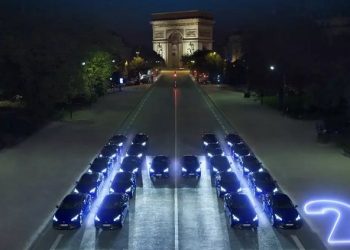