Dominant wins for the i20 N Rally2 in Spain and the i20 R5 in Ireland maintained the strong early form displayed by Hyundai Motorsport customers on rallies so far this year. Customer Racing Junior Driver Jáchym Galáš and the Janík Motorsport team, also made a winning start to life with the Elantra N TCR as the circuit racing season gathers momentum.

In only the second event in the championship for the car, i20 N Rally2 crews recorded an excellent 1-2 finish on Rallye Sierra Morena (April 1-2). Hyundai España supported crews won nine of the 12 stages run as both Pepe López and Iván Ares picked up four top times, and Surhayen Pernía one.

López established himself in the lead with a run of three stage wins on Friday, and held the position to the end of the event for his first overall victory as a Hyundai Customer. Ares, meanwhile, was part a closely contested top five on the opening day. However, with all his stage wins coming during Saturday’s seven tests he was able to move on the podium and then take second on the penultimate stage. Pernia finished fourth.

A hugely successful weekend for Hyundai crews was completed by drivers Pedro Pérez and José Antonio Aznar, who took their respective i20 R5 to fifth and eighth positions overall – first and third of those contesting the regional championship in Andalucía for which the event also counted.

Ares leads the national championship by a single point ahead of López, who is tied for second place after two rounds of the season.

Josh Moffett continued his enviable record to begin 2022 with a fourth win in as many starts in his i20 R5. His most recent success came at the Birr Stages Rally (April 3). Together with co-driver Keith Moriarty he won three of the six stages as he led throughout the tarmac event to win by more than 30 seconds.

Podium on i20 R5 debut for Hyundai Australia-backed driver

In his debut with the i20 R5 driver Brendan Reeves finished on the overall podium at the National Capital Rally (April 2-3) in Australia competing against other crews in other R5, but also teams running AP4-spec machinery. In an entry supported by Hyundai Australia and car carrying the N logo of Hyundai’s high-performance brand he scored two fastest stage times as he was quickly able to get the best from the car during an excellent run on the second day of the competition where he matched the pace of the overall winner.

Rok Turk won the opening round of the Slovenian national championship at Rally Vipavska dolina (April 8-9). In his first start with the i20 N Rally2 the multiple national champion and co-driver Blanka Kacin were able keep pace of international crews using the weekend as preparation for upcoming tarmac events elsewhere as the held a podium spot at the half-way point of the rally.

Unfortunately, on SS6 the pair lost one minute to a puncture and fell to fourth overall. To compound their misfortune worsening weather conditions forced the cancellation of three of the final four stages, leaving them unable to fight back and reclaim a spot on the overall rostrum. None the less, the fourth place overall still gave the Hyundai Slovenia-supported crew maximum points for their national title defence.

In a pair of i20 R5 Manuel Kößler and Marco Grossi were split by just 2.8 seconds in the final standings, finishing seventh and eighth overall respectively.

Hyundai Motorsport Customer Racing Junior Drivers Nicolas Ciamin and Fabrizio Zaldivar both took on Rally del Biobío (March 31-April 3) – the first round of the championship in Chile. On the unfamiliar gravel stages Ciamin, whose main focus this season is the tarmac championship in France, starred, taking his i20 R5 to four stage wins – including on the event ending – Power Stage over the course of the three-day contest.

He was running second before the penultimate loop of stages, when he was delayed by a technical problem. Before the issue was fixed he had lost three minutes, and fallen to seventh in the overall standings. He finished there, despite his victory on the final stage, two places behind Zaldivar who completed a consistent weekend where he finished in the top eight overall on every test.

In fifth overall Swede Tom Kristensson led a strong group of Hyundai Motorsport customers on Valašská Rally ValMez (April 8-10), the first round of this year’s Czech rally championship. The result was a deserved reward for a consistent weekend on the stages in his Kowax 2BRally-run car, where he never dropped out of the top six overall.

He avoided the sort of off-road excursion that cost Lenner Motors i20 R5 man Ond?ej Bisaha six minutes on SS4 and left him having to begin a comeback that ended in 13th overall, as well as mechanical issues, such as those that ended the rally of i20 N Rally2 driver Martin Vl?ek on the final stage.

Two i20 R5 crews finished in the overall top ten at Rallye Terre des Causses (April 2-3), the opening round of the national gravel championship in France. Benjamin Clemençon finished fourth overall after a strong run in his car, while Jean-Marc Manzagol was similarly consistent, in an event which saw the crews have to take unexpectedly wintery weather, on his way seventh overall.

Janík Motorsport gave a race debut to their two brand new Elantra N TCR at Hungaroring for the opening round of the TCR Eastern Europe season (April 9-10) with drivers Ma?o Homola and Jáchym Galáš in the cars as preparation for their upcoming TCR Europe campaigns.

The pair qualified second and third – Customer Racing Junior Driver Galáš besting his more experienced teammate. The young Czech was able to take the lead in the opening corner, but was put out of the race with damage after contact from behind. Homola, meanwhile made a slower start but made his way back to second and mounted a challenge for the lead. A move on the final corner of the briefly put him ahead, before dropping back before the line.

In Race 2 Homola made quick progress from ninth on the grid to climb to second and again pressure the leader. He was able to take the lead, but only after contact that would result in a penalty, which dropped him sixth in the final results. His demotion handed Galáš a superb victory after coming from the very back of the grid. He was backed-up by countryman Petr Semerád in one of two Janík Motorsport-run i30 N TCR on the grid.

Starting what should be a full season in the championship Semerád’s second place, combined with a fine fourth from Race 1 marks him out as one of the early front runners for the title.

The new TCR South America season began with two races as the Velocitta circuit in Brazil (April 2-3) for Pedro Aizza and the Scuderia Chiarelli-run Elantra N TCR. Aizza started the weekend well as he qualified fifth fastest. However, that performance was not rewarded as he stalled on the grid to start Race 1 and was forced to fight from the back of the pack to seventh.

In a chaotic second race he crossed the line fifth, only to be penalised after the chequered flag and be classified tenth.

The dominant performance of our customers in the latest round in Spain is the perfect display of the capabilities of the Hyundai i20 N Rally2. After two rounds of the season – one on tarmac and one gravel – to have Hyundai customers with new cars first and second in the points proves the all-round credentials of the whole package in competition. The Hyundai i20 R5, too, continues to deliver our customers to strong finishes, with the latest win in Ireland keeping up a stellar start to the year while two of our Customer Racing Junior Drivers were able to show their pace, despite an unfamiliar setting in Chile. More new Hyundai Elantra N TCR are delivered to teams as the circuit racing season gathers momentum. Results like Janík Motorsport had in Hungary – with both the Elantra N TCR and i30 N TCR – carry incredible promise for the year ahead. 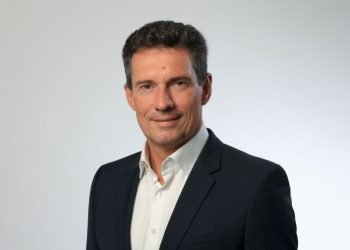