Connectivity, Sustainability and Inclusivity: How does Otis Drive Urban Change? Connectivity, sustainability and inclusivity are among the trends that will be discussed during MIPIM, the world’s leading real estate market event, starting March 15. Otis Worldwide Corp. (NYSE:OTIS), the world’s leader in elevator and escalator manufacturing, installation and service, will be there presenting three case studies from across Europe to illustrate its role in shaping the city of tomorrow:

“Innovation is in Otis’ DNA, and from our beginning, we have always helped shape urban spaces. The advent of the smart city is bringing forth new social, environmental and technological opportunities and challenges to which we are proud to contribute solutions. As enablers, we have the opportunity to help all existing and new buildings transition to the smart city era,” said Bernardo Calleja, President, Otis EMEA.

Connectivity opens a new era for smarter cities in France
Technology can be a major asset to increase performance. Launched in 2020, the Otis ONE solution is the result of nearly 40 years of innovation. Thanks to sensors installed on each elevator, Otis ONE connects elevators to the cloud and continuously analyzes the data collected to identify potential malfunctions and facilitate predictive maintenance.

Driven by the goal to offer the best quality of service every day, Otis has been conducting an elevator digitalization operation on Vilogia’s entire building portfolio in France since 2021. Vilogia is a social housing organization that manages approximately 75,000 homes for over 150,000 tenants. To date, more than 1,050 of their elevators benefit from constant monitoring, predictive maintenance and remote interventions thanks to the Otis ONE IoT solution.

By anticipating and improving interventions, in both time and efficiency, the units equipped with Otis ONE technology have experienced up to 35% fewer breakdowns than similar units not equipped with IoT solutions over the past 12 months – providing great benefits to residents in those buildings.

Future-ready buildings flourish around Paris, France
The future aquatic center in Saint-Denis and the Athletes’ Village in Saint-Ouen, designed for the sports competition planned in Paris in 2024 are buildings conceived to continue thriving once the event is over. Sustainability is at the very heart of the project, and Otis is a key player in it. Unlike hardware, software can more easily be upgraded over time. Digitally native elevators, such as the Gen360 platform, are more adaptable and able to continuously strive to better meet the needs of the local area and its population. The Gen360 platform also enhances the passenger experience with connected apps, new designs and increased space perception.

At the Athletes’ Village, Otis vertical mobility solutions will equip every building, including the installation of 38 Gen360 units. After the competitions, the Athletes’ Village will be transformed into an urban neighborhood with more than 500 family homes, as well as shops, offices and public facilities such as daycare centers and gyms.

At the Aquatic Center, Otis was commissioned to install five elevators, including one Gen360 platform, which will provide access to the building’s top level. The decisive advantage of the Gen360 elevator is its unique design, which eliminates the roof protrusion and thus enables the designed architectural lines of the building.

Keeping commuters on the move in city’s ‘project of the century’, in Karlsruhe, Germany
As urban populations grow increasingly diverse and traffic is heavily developing, cities are looking to expand while constructing environments that are suitable and accessible for all. Managing traffic flow while ensuring the city is accessible to everyone is one of the biggest challenges. Karlsruhe city’s case is the perfect example.

Due to ever increasing traffic, the citizens of Karlsruhe voted to expand their streetcar network in 2002. It resulted in a 1-billion-euro investment infrastructure project to relieve street traffic and design new pedestrian areas. A critical part of the plan involved tunnels to route streetcars and rail lines underground, creating seven new underground stops and relieving a bottleneck in the city center that troubled residents and commuters on a daily basis.

Locals call it the “project of the century.” The tunnels opened in December 2021 and required highly effective people movement management solutions. Otis supplied and installed 58 escalators designed to sustain the heavy traffic both indoors and outdoors and support all residents to move comfortably through the urban spaces. 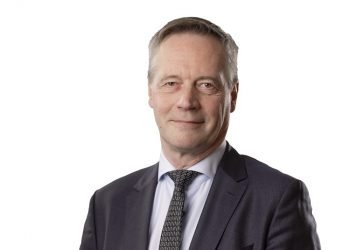