14 October 2022 – Alstom, global leader in smart and sustainable mobility, and the Government of Hungary announced today that they have signed a Strategic Cooperation Agreement in Budapest, in the presence of Henri Poupart-Lafarge, Alstom CEO, Balázs Gáspár, General Manager of Alstom Transport Hungary Zrt, and on behalf of the Hungarian Government, Péter Szijjártó, Minister of Foreign Affairs and Trade.

The agreement reinforces Alstom’s engagement, which has been present in Hungary for decades, in enhancing the performance of the Hungarian economy and increasing its international competitiveness.

Both parties intent is to further strengthen cooperation with regards to the development of the transport industry, leveraging Alstom’s innovative world-class solutions and technological innovations, potential expansion of the Hungarian product range and increased manufacturing capacity; as well as creating new, stable jobs and professional training.

Péter Szijjártó underlined that in the current severe economic crisis, it is extremely important to maintain economic growth, to gain investors’ confidence and attract new investments from large international companies. He also highlighted Alstom’s role in innovation, and research and development, highlighting the company’s development of the world’s first hydrogen train, which could be an important element for the future of energy security. Therefore cooperation in this field could lead to furthering this collaborative partnership.

“I am really pleased by the signature of this Strategic Cooperation Agreement between the Hungarian Government and Alstom. It will strengthen the development of Hungary’s railway sector, economy and international competitiveness. I believe that with this Strategic Agreement signed today, there is much more innovations coming to Hungary, with Alstom.”

“I am really pleased by the signature of this Strategic Cooperation Agreement between the Hungarian Government and Alstom. It will strengthen the development of Hungary’s railway sector, economy and international competitiveness. I believe that with this Strategic Agreement signed today, there is much more innovations coming to Hungary, with Alstom,” said Henri Poupart-Lafarge, Alstom CEO.

“Over many years, Alstom has proven that we are a committed partner in creating sustainable mobility in Hungary and increasing the performance of the Hungarian economy. The Strategic Cooperation Agreement we have just signed will strengthen our relations, raise them to a higher level and open up new opportunities for partnership,” said Gáspár Balázs, General Manager of Alstom Hungary. “We have been present in Hungary for more than 20 years. We can be proud that the bogies for the world’s first hydrogen train are produced in our Matranovak Site!”

For decades, Alstom has been a significant, stable player in the Hungarian transport industry and a key employer in Nógrád County. Alstom’s Matranovak site, that currently employs more than 650 people, offers stable, sustainable positions with multiple career opportunities. The site produces bogie frames for various rolling stock, such as high-speed trains, suburban trains, locomotives and double deckers. This year, thanks to continuous investment and development, the range of bogie frames has been extended and now the site in Nógrád County is also producing this important component for Alstom’s Coradia iLint, the world’s first hydrogen-powered train,  which is a major innovation in rail transport. 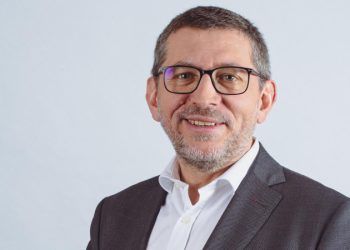 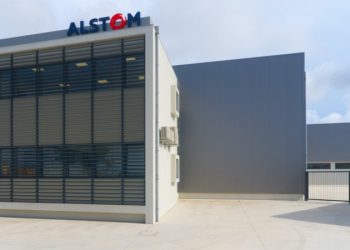 PKN ORLEN and Alstom to cooperate on hydrogen railway 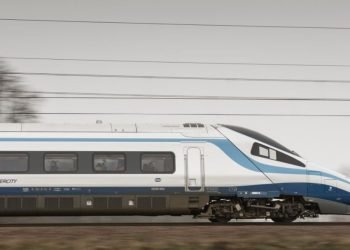